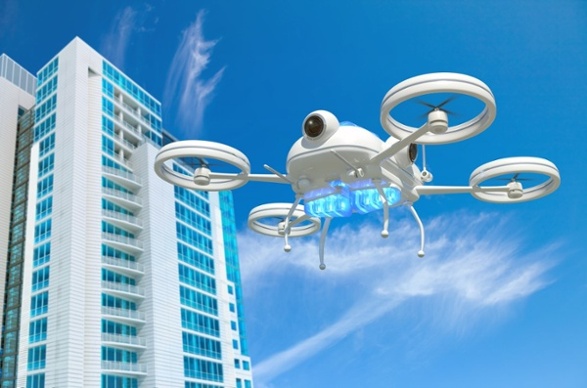 When the Federal Aviation Administration (FAA) addressed the use of unmanned aircraft systems in 2016, it was an attempt to streamline and simplify the process for the commercial use of drones. In actuality, the new rules essentially created the commercial drone industry.

The key component of the new regulations eliminated the requirement that only fully licensed private or commercial pilots could commercially operate drones. In its place, the FAA is allowing a certification process whereby individuals, regardless of their piloting experience, could be trained to fly drones commercially.

Developers, security firms, and commercial property owners took note of the new regulations, perhaps none more so than security professionals, who saw an opportunity to take remote surveillance to a whole new level.

Within months of the FAA ruling, drones as supplemental security tools went from fiction to possibility, with greater discussion of how to best use the new technology. Among the features in the works are:

This is still bleeding edge security technology; no one is sure when or how widespread drones will be used in private security applications.

Because of the drone’s ability to cover distances, their best security use is on commercial properties that cover a large chunk of real estate, such as shipyards, construction sites, storage facilities, commercial farms, and gated and condominiums communities.

Rather than replacing security personnel, an eye-in-the-sky is a way to alert humans to respond to a security breach or an emergency on the property.

The new technology has kinks

As with any new development, there are kinks and issues that need to be addressed and worked out.

Perhaps the greatest drawback at the moment is the need for drones to recharge. During the time that a drone is charging on its dock, there is a gap in surveillance. To combat this, businesses would have to “employ” a team of drones to work in shifts in order to maintain constant surveillance – and the initial cost could quickly escalate.

In addition, there are significant practical concerns, such as the use of surveillance drones by invasive paparazzi or even their use by terrorists. And there is always the fear that they could intentionally or unintentionally violate the airspace around airports and possibly interfere with planes.

Drones are a developing technology that may become common in certain security settings. Regardless, nothing will replace the human component anytime soon – not only in the flying of the drones around a commercial property, but also in monitoring the footage gathered by their cameras. That is the skill of a qualified surveillance professional. Problematically, hiring in-house staff to cover a range of feeds can be prohibitively costly for many organizations, which is where managed services come in – a team of off-site surveillance professionals can keep a close eye on property 24/7.

POM Technologies has a history of providing businesses with site-specific, functional, and cost-effective security solutions – including remote surveillance. Our team of professionals is skilled at designing a security solution using the modern, practical tools that meet your needs.

For a free consultation, contact POM Technologies today at 212.688.2767 or through our convenient online form.

Latest posts by Peace of Mind Technologies (see all)
Posted in Uncategorized
← Exploring Analog, HD-SDI, And IP CamerasShould Your Business Have A Panic Room? →