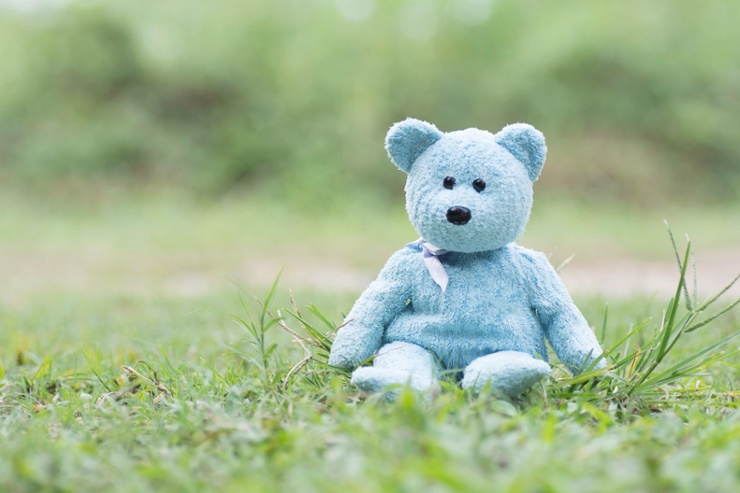 Real criminals can tell the difference

The bear pictured above is not a real bear. It’s not ferocious. It’s not scary. It’s blue. There’s nothing about it to make a hiker alter his or her path.

The same can be said of fake security cameras. They’re sometimes obvious and often useless. There’s nothing about them to make an intruder change his or her mind. Somehow, though, people still turn to them to trick the bad guys – and as affordable as the cameras may be, they are often a waste of money.

Fakes can be identified

To the trained eye doing a close look, fake cameras can be spotted, and experienced criminals often know the difference – and if they don’t, a simple Google search can instruct them. It’s all part of the professional requirements of their line of work. In addition, criminal trial and error + rumor will often “out” even the best-designed fake cameras.

Fake cameras illustrate a gap in your security

A fake camera, at its best, might be a short-term deterrent, especially for an amateur burglar. Once it’s identified as a fake, though, the camera reveals a major gap in your security measures. In fact, a fake camera is practically an invitation for the intruder to continue with the break-in since there will be no recording or digital witness to the crime.

Some have argued that fake cameras can be used as a supplement to a real surveillance system. In this scenario, real cameras are placed at the highest risk areas, while the fakes can be placed elsewhere. Unfortunately, when identified as fake, intruders know which parts of a property are not secure, making the property vulnerable.

People talk. If neighbors or employees know that all or some of the security cameras are fakes, it’s only a matter of time before that news makes the rounds. It can be as innocent as an employee thinking it’s a great idea and sharing it with friends and neighbors, or as sinister as a disgruntled employee filing that information away. At some point, the information will reach the wrong ears and you may as well leave the front door unlocked and place a welcome mat there.

Fake cameras create a false sense of security and that can be the basis for legal action should someone be harmed while on a property that they believe is under constant video surveillance.

For example, let’s say a business has fake cameras in a parking garage, with signage that announces it’s under 24/7 video surveillance. An employee or customer parks there, and because of the suggested security, they walk out at night alone, or simply leave something of value in the car.

When the theft or assault occurs, there is now no video footage of the crime. The idea of tight security is known to be an illusion – and someone may be held legally responsible for that false sense of security.

The reality of peace of mind

The POM in POM Technologies stands for Peace of Mind – and that’s what any property owner should have. To help our clients achieve it, we always use real cameras that work powerfully in a range of conditions. Our team of security professionals will help you design, install, and manage a site-specific security solution that’s functional, cost-effective, and fully integrated.

For a free consultation, contact us at 212.688.2767 or complete our convenient online form.